Hey Guys! After making my contribution to the 3429 ACL submissions, I decided to come back to what's really important in life: Money, or as they say gold.

Curious enough, the principal meaning of this character is actually metal, which means it is featured as a semantic component of most metals, such as zinc 鋅, copper, 銅, silver 銀, aluminum 鋁, etc...

We might not be golden, but we all contain hearts of gold...

Or thieves. Either way, someone gets the riches...

The Eastern world have arguably stronger attachment to symbolism in the names compared to the West, leading to characters such as 鑫, which is literally the character for gold repeated three times. It is used in names in order to bring prosperity to the person or the business. If you walk around the streets in China, you will see this character a lot in shop names. Curious enough the most common Korean sirname Kim is actually the gold character 金 itself. The Chinese, being crafty as ever, use the triple gold character to refer to Kim Jong Un or Kim3.

In the West, we also had our fair share of names that mean gold:
Aurelia, Gilda, Golda, Orelia, Chrysta, Dior, Oria... But they are all fairly archaic.

That's all the gold for the day! Enjoy your Christmas holidays! Maybe it's time to decorate the Christmas tree with solid gold, in order to bring better presents?

Hey guys. It has been too long. Because. Real life. And lack of imagination. But as one real life egagement came to an end, another blog post comes up. Today 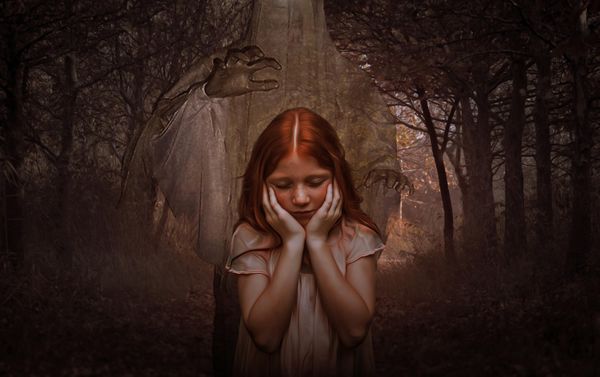 Hey guys! It's been a while since I last did a Hanzi-of-the-day, so today I present you with the... Fear of Ghosts. Since the dawn of time people have feared